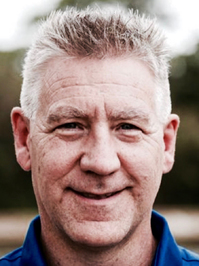 Dr. Joe Eisenmann has dedicated his entire career to the development of young people in the context of physical activity, youth sports and fitness. His diverse roles have included professor, researcher, sport scientist, coach educator, strength & conditioning coach, and baseball coach. He completed his Ph.D. at Michigan State University, and over the past 20 years has become recognized as a leader in youth fitness and youth athletic development. He has published 200+ scientific papers and has been named one of the world’s top sport scientists, serving on several national and international advisory committees. He has been a professor at several major universities, founded and directed Spartan Performance at Michigan State University, and collaborated with USA Football and USA Hockey on their long-term athlete development models. Currently, he is the Head of Strength & Conditioning at IMG Academy in Bradenton, FL, and a visiting professor at Leeds Beckett University and the University of Saskatchewan. 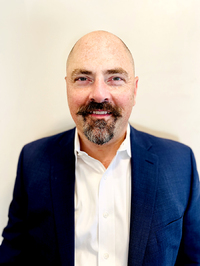 A chemistry major, Dr. Ron Reilkoff graduated from Mayville State in 1997. He went on to attend the University of North Dakota School of Medicine and Health Sciences, followed by an internal medicine residency at the Yale School of Medicine, where he earned the “Compassionate Caregiver” award. He continued at Yale with a fellowship in Pulmonary and Critical Care. He holds licensures and certifications in Internal Medicine, Pulmonary Medicine, and Critical Care Medicine. His clinical and research interests have been in sepsis, critical care delivery, and alpha-1 antitrypson deficiency, a rare lung disorder, and airways diseases such as asthma and COPD. He has been the principal investigator on numerous studies relating to his specialties. He was named the Physician of the Year at Fairview Southdale in Minneapolis and was named “Top Doctor” in the Minnesota Monthly several times. He has also been part of numerous peer-reviewed publications, and a chapter author in medical books and other printed publications. He has also been a presenter at national conferences. Since 2015 he has been an assistant professor in the Department of Medicine and Surgery and the Division of Pulmonary, Allergy, Critical Care, and Sleep Medicine at the University of Minnesota. At the U of M, he teaches and does research. A “highly motivated and intelligent physician leader,” he is also an administrator, overseeing the Intensive Care Units at the U of M Medical Center, and he directs a clerkship in intensive care medicine for 4th year students at the U of M medical school. 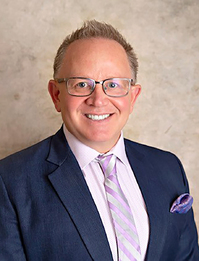 At Mayville State, where he graduated in 1992 with a major in business administration and a minor in marketing, Jim Richardson was recognized as an outstanding football player. He is a member of the 1990 Mayville State Athletic Hall of Fame team. For more than 30 years since, in Canada, he has been recognized for his exemplary career as business manager for FedEx Canada and Ethicon, a Johnson & Johnson Medical Company. He was honored numerous times by FEDEX Canada for exemplary service, including being given the “Canadian Award of Excellence,” the highest award in Canada, recognizing the top 1% of employees. Further recognition at Ethicon was for his exemplary history in sales. The other part of his renown is as a philanthropist and volunteer, notably for Operation Smile and Make-a-Wish. Being part of those endeavors took Richardson on medical missions to Guatemala, India, Paraguay, Ghana. For Make-a-Wish he climbed three of the seven summits while raising funds to support the wishes of two children himself. Richardson was awarded the top fundraiser at Johnson & Johnson Canada eight out of nine years during the yearly employment engagement of Operation Smile. “Top” and “Best” have been attributed numerous times over his career. These efforts are not a “sometime” thing; he mixes them with his professional life in the Medical Device sector of Johnson & Johnson, where he supports devices for the operating room.  Richardson passed his enthusiasm to his eldest daughter and together they organized a successful trek to the Mt. Everest base camp in Nepal to raise funds and awareness for Operation Smile. 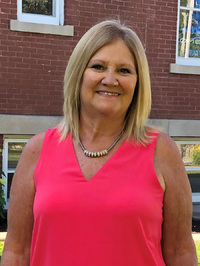 Pam Soholt, who came to Mayville State to study accounting, never really left the college. After completing an Associate of Arts degree in Accounting in 1977, she was employed as a clerk in the Business Office. In 1988, she was named director of the Bookstore and remained in that position until her retirement in November 2021. Most students became acquainted with her through the Bookstore, and through the decades, she befriended many of them. When she joined the Alumni Association board, she became actively involved in helping organize and carry out fundraising activities that benefit students. She has been part of the planning and carrying-out of fundraisers such as Tables du Jour, Farmers Bowl, and After Hours. She can often be found in the background helping to make other college-focused events such as homecoming activities and receptions a success. She has been particularly fond of emceeing the traditional graduation brunch that marks the first alumni event for the graduating seniors. She has bid many a graduate “Farewell” and “Don't forget us!” in that role. Through her direct contact and behind-the-scenes efforts, she has personified what it means to be “The School of Personal Service.” 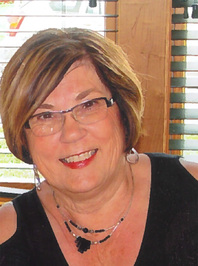 While Cleone Whelan was up-front in her 28-year career as a music teacher, English teacher, and librarian in Cavalier, N.D. and Valley of Hoople-Crystal, she is highly appreciated for her everlasting behind-the-scenes work for numerous projects at Mayville State. A Mayville native, she graduated from MSU in 1962 with a degree in music education and minors in English and Library Science. She has been a member of the Alumni Association board for many years and in that role she has volunteered hundreds of hours of her time, traveling from her farm home near Crystal, N.D. to help organize and bring campus events to fruition. Those events have included Tables du Jour, Farmers Bowl, Homecoming, After Hours, A Sparkling Affair, and college graduation weekend. Her generosity and love for her alma mater can always be depended upon as she is a valued and valuable member of the board, always ready to cheerfully step in to help. Her support for MSU is ongoing and steadfast. In honor of her involvement and efforts in support of Mayville State, she was given a “Philanthropist of the Year” award at the President's Honor Society Dinner several years ago.