A longtime dream will come true during Mayville State University 125th Anniversary Alumni Days, when Mayville State alumni and former jazz band students of Francis Colby return to the Mayville State campus to perform. Their musical entertainment will begin at 8:00 p.m. on Friday, June 20, in the MSU Campus Center Luckasen Room. There is no admission charge and everyone is welcome!

During the heyday in the late 1960s and 1970s, Mayville State’s music program was known as one of the top programs in the upper Midwest. Under the direction of Francis Colby, the concert band and jazz ensemble excelled. Mr. Colby and his family arrived in Mayville in 1963. He assembled instrumental groups of primarily North Dakota and Minnesota kids, and in a short time, they became a strong musical force in North Dakota and throughout the Midwest.

Though the concert band took a back seat to no one, it was the jazz band that brought the national spotlight to Mayville. The group won “Best Jazz Performance by a Big Band - College Division” by the prestigious journal of jazz, DownBeat, in 1978, winning the Shure Gold Microphone Award. Other competitors included bands from the Eastman School of Music, Rochester, N.Y.; Ohio State University; Northern Illinois University.

The stated purpose of the DownBeat contest was to “honor the accomplishments of U.S. and Canadian high school and college students in the recording arts and sciences.” The categories and the judging criteria were patterned after the NARAS Grammy Awards. The chairmen judges were voting members of the National Academy of Recording Arts & Sciences (NARAS). Editorial staff members of down beat assisted in the judging and the initial screening of the entries. Recordings were judged “blind,” that is, candidate recordings were known to the judges only by number.

George Simon, special consultant for the Grammy Awards, and author of “The Big Bands” and former editor of Metronome was the chairman judge for the contest. He is quoted as saying “All the college bands I found to be excellent or very good, with one absolutely sensational, namely the Mayville State College Jazz Ensemble. Their playing is utterly charming, tasteful, original-sounding with superb use of dynamics and unusual voicings. The musicianship is superior, and of all their soloists, the fugelhorn player, pianist, guitarist, and drummer impressed me the most. I made a dub of the Mayville band and am playing it for everyone who walks by my office.”

In February of 1978, Mayville State was awarded “Outstanding Big Band” recognition during the renowned Elmhurst College’s Mid-West College Jazz Festival in Chicago, Ill. Mayville State joined Ohio State University and Northwestern University as one of the top three bands in the competition, which initially involved 50 schools from eight states.

In addition, the Mayville State jazz band was runner-up at the sixth annual University of Wisconsin-Eau Claire Jazz Festival in 1971. Sixteen college-university jazz groups attended the festival, with ten competing for honors. The six finalists were from De Paul University, Chicago, Ill.; Hamline University, St. Paul, Minn.; Laurence College, Appleton, Wis.; Moorhead State College; University of Wisconsin at Madison; and Mayville State. In the final competition, Laurence of Wisconsin was named ahead of Mayville. The Eau Claire Festival was considered a major jazz festival with well-known jazz educators contributing their talents. In 1971, the principal personality was Charles Suber, editor of DownBeat magazine.

These young performers and their leader Fran Colby had a profound impact at Mayville State and beyond, not only as they performed in the 60s and 70s, but also as they graduated from Mayville State and pursued careers in music, many as teachers of young people, and other careers where they’ve been able to continue to share their musical gifts.

“We look forward to seeing and hearing from an improv group featuring Kirk Overmoe on piano; Steve Faison on drums; Dennis Connelly, sax; John Pederson, trumpet; Lynn Schroeder, trombone; Kris Eylands, guitar; and Conrad Miska, Kurt Vandermeer, and Brian Weimer, all on bass. Others who will perform include Jeff Grefsheim, Herb Thomson, Doug Barta, Cordell Bugbee, Wendell VanWechel, Scott Greenwood, Jeff Jacobsen, Kelly Wilwand, Merlyn VanBruggen, Steve Michels, Dick Barta, and many more,” said Steven Colby, reunion organizer and son of Francis Colby. “These were - and still are - some of the best musicians in the country. Perhaps you’ll recognize the names of some of these individuals who may have grown up, lived, or taught in your local community. You won’t want to miss this opportunity to enjoy their musical talents once again!” 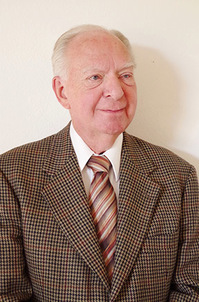 Francis Colby will be a special guest of honor at the June 20 gathering. He and his wife, Marg, live in Fargo, N.D.

The public is invited to join in celebrating Mayville State University’s 125th anniversary during the Alumni Days festivities June 20 and 21. To see the full schedule of activities planned, go to www.mayvillestate.edu/alumnidays. Questions may be directed to alumni.mail@mayvillestate.edu or 701-788-4750.

Caption for photo, top right: The Mayville State College jazz ensemble, as photographed after their down beat magazine commendation in 1978. The down beat contest attracted entrants from major colleges and universities throughout the United States and Canada.
Bottom left: Francis Colby.