Honoring the Hoime brothers and all veterans 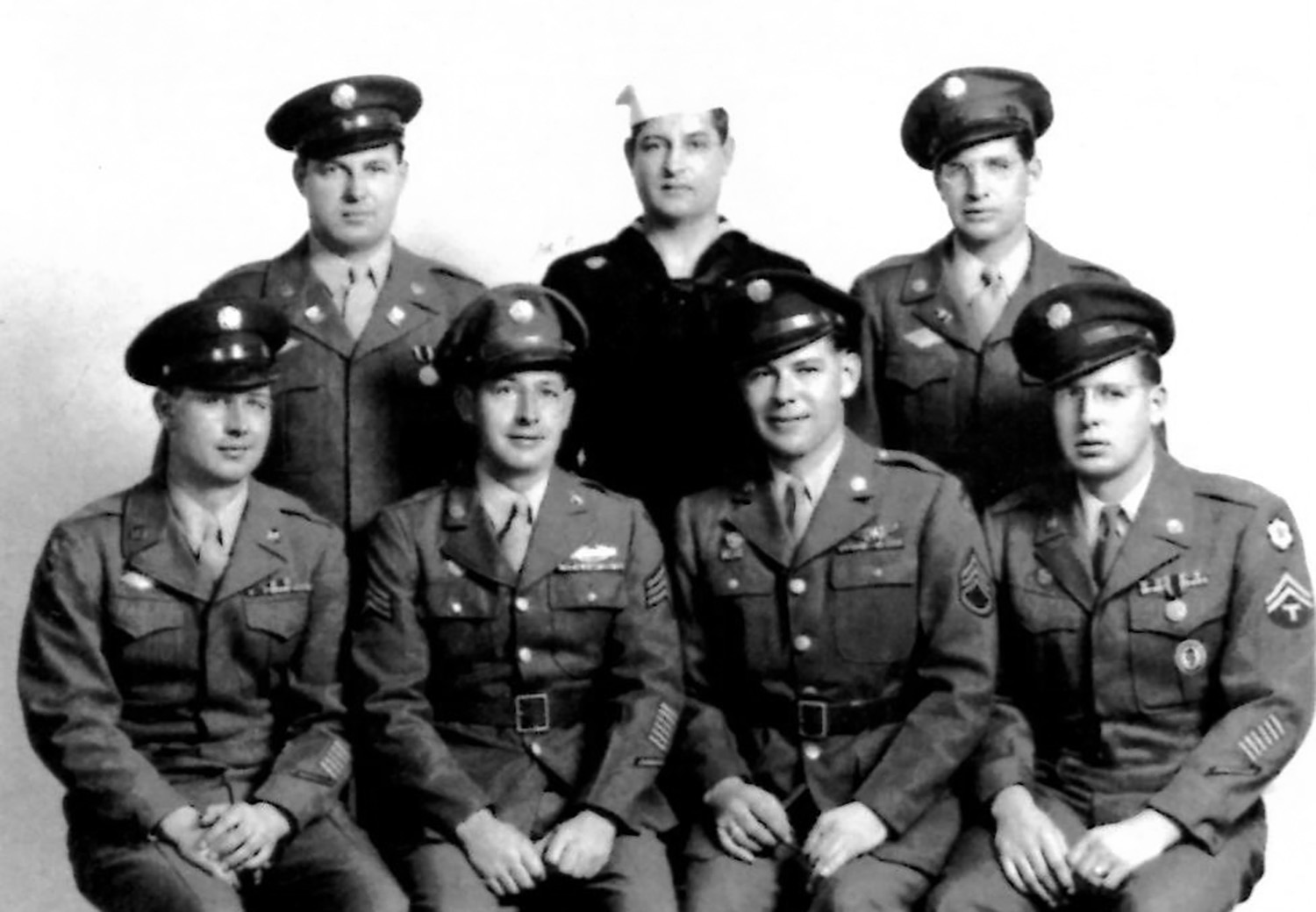 This photo was taken at the first reunion of the Hoime brothers after they had all received honorable discharges in 1945 and 1946. The seven Hoime brothers who served in uniform during World War II are pictured here. In the back (l-r) are Melford, Thomas, Jr., and Clarence. Herman, Elmer, Edwin, and Goodwin are in the front.

As Veterans Day approaches, our thoughts turn to veterans and active members of the U.S. military and the gratitude we have for their service and their contributions to our national security. November 11 is the day set aside each year to thank and honor all those who served honorably in the military - in wartime or peacetime.

The Military Honor Garden, located on the south lawn of the Edson and Margaret Larson Alumni and Leadership Center at Mayville State University, is a permanent tribute to all veterans. The garden features a life-sized bronze eagle in flight sculpture, flags, night lighting, and gardens. All five branches of the military are represented on the granite centerpiece on which the eagle sculpture stands.

This beautiful and meaningful project was established to honor to men and women for their patriotic service in America’s Armed Forces. A number of them are individually recognized with engraved granite plaques in the garden. In addition, the bronze eagle in flight sculpture was donated by the family of David G. Brown, a Mayville State graduate and Vietnam veteran.

Two granite benches flank the garden. One is given in recognition of prisoners of war and in memory of Melville “Buzz” Lurth, Vietnam veteran and Mayville State alumnus. The other bench was given by the Dixie and Larry McGillis family of Portland, N.D. The bench honors Dixie’s father, Edwin Hoime, and six of his ten brothers, all of whom served in World War II. Dixie and Larry and two of their children are Mayville State University alumni and all are generous supporters of the institution. They saw their involvement in the Military Honor Garden project not only as a way to honor their family members, but also as a means of support for the university.

Can you imagine the increasingly heavy heart, combined with a sense of pride, Thomas Hoime of Edmore, N.D. felt as one by one he bid farewell to seven of his ten living sons when they headed off to serve our country during World War II?

First, it was Clarence (1913-1979) who was called up by the Army in December of 1941. He served 49 months, including 14 months overseas in Europe. Clarence was discharged as a Private First Class.

Edwin (1915-1990) began his service with the Army Air Corps in November of 1942. He served 35 months, including eight months overseas in Europe. Edwin flew 51 missions from Italy over enemy territory. He was discharged as a Staff Sergeant.

The last of the Hoime brothers to head off to war was Herman (1921-1993) who left in December of 1942 to serve in the Army. He served 37 months, including 32 months overseas in the South Pacific, India, Iran, and France. Herman was discharged as a Private First Class.

Ranging from ages 24 to 38 years, the seven Hoime brothers were respected members of the Greatest Generation who served a collective total of 302 months (25+ years) in the military. They put in a combined total of 199 months (16 years) overseas.

As heart-wrenching as the thought of Thomas having to send his sons off to war might be, it is as miraculous that they all came back home safe and sound. With the exception of Goodwin, all of the Hoime boys returned to farm in their home community of Edmore. Goodwin, who had resided in Longview, Wash. prior to his military service, returned to Longview.

Take this story of patriotism a step further. Geneva, the only sister of the Hoime brothers, also supported the war effort working as a “riveter” building airplanes. The three brothers who did not serve in uniform, Gilman, Joseph, and Martin, were deferred to produce agricultural products for the war effort.

The Hoimes set a North Dakota record for having the greatest number of family members in the armed services. Nationally, only one other family had a greater number of sons serving at the same time. The difference is that not all of those family members survived and were able to go home, leaving the Hoimes with the national record for survivorship of sons serving from one family.

Unfortunately, the patriarch of the Hoime family passed away in January of 1944 and was not able to welcome his sons home, nor were the sons able to have the reassuring welcome of a parent when returning, as their mother had passed away years before, when they were all young children.

Many families have their own stories of heroism and patriotism related to service to their country. We owe them all a debt of gratitude on Veterans Day and every day of the year.

Martin Johnson, 1966 Mayville State graduate, and Lieutenant General Emil “Buck” Bedard, 1965 Mayville State graduate, head up the Military Honor Garden project. These men have worked hard to ensure that the Military Honor Garden is an extra-special and meaningful tribute to those who bravely served, and continue to serve, to uphold our country’s liberty and freedom.

In 2016, the MSU Foundation launched Phase II of the Military Honor Garden project, which was to establish scholarships for veterans. The goal to fully endow the fund has been met and veterans or active duty military members who enroll as students at Mayville State may apply to receive this scholarship assistance. To learn more about the Military Honor Garden and how you may honor a loved one there, contact the MSU Foundation at 701-788-4864 or go to www.mayvillestate.edu/militaryhonorgarden. 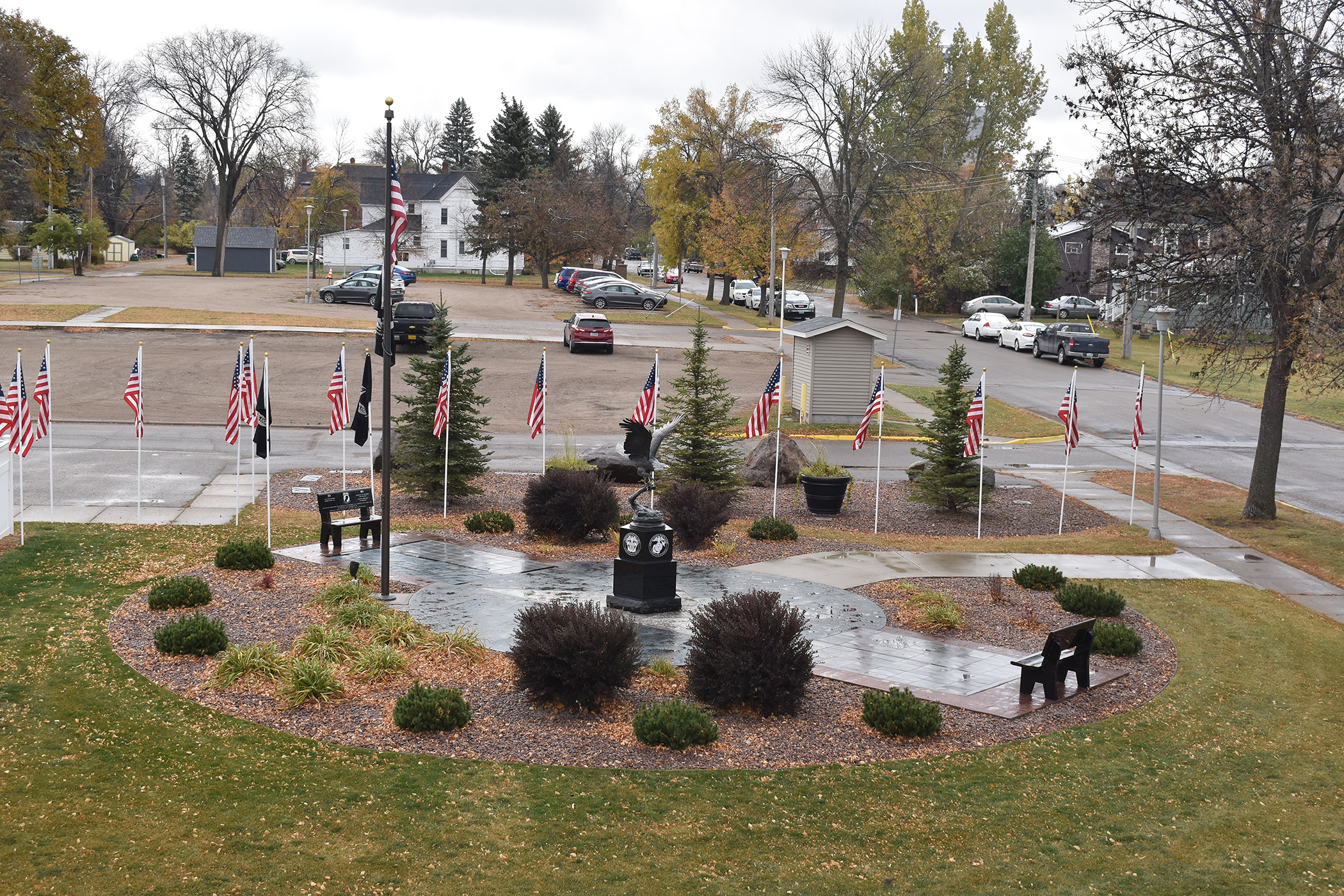