A groundbreaking ceremony marking the beginning of a project to install artificial turf at Mayville State's football field was held Tuesday, June 5, 2018. Work on the project is expected to begin June 11 and will be finished in time for the Comets' first home football game in the fall, the Farmers Bowl on Saturday, Sept. 8. 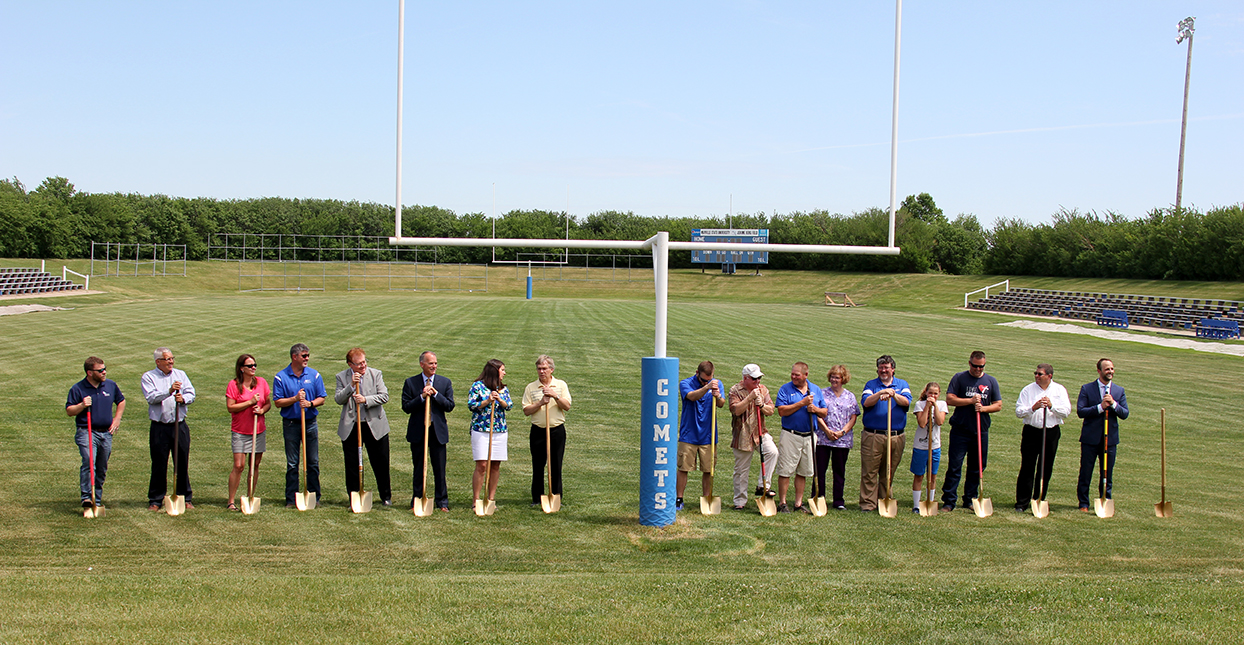 See a video of the ceremony.

See more about the turf project.