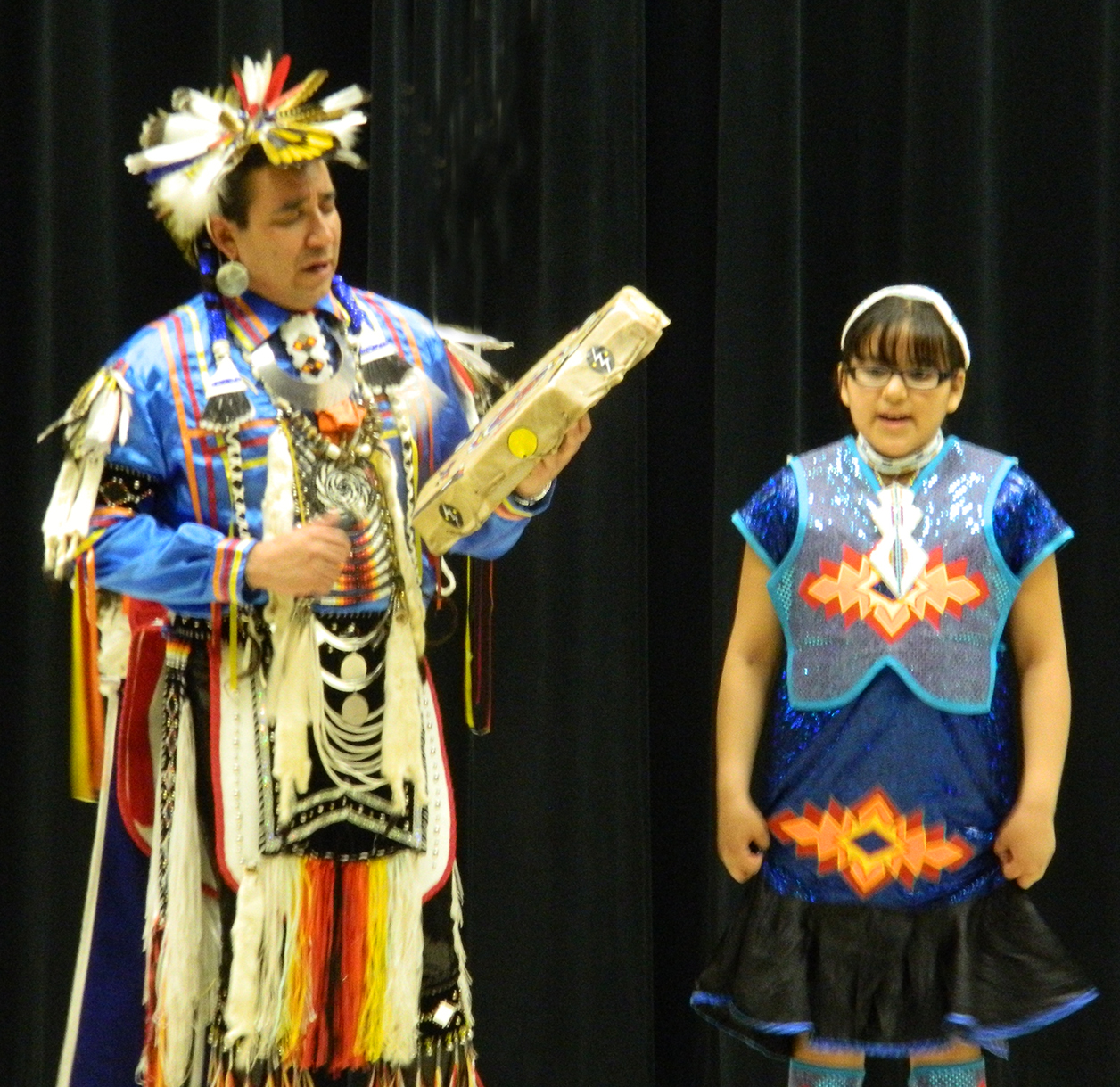 The Mayville State University Campus Center was brimming with activity Fri., April 26, as exhibitors and visitors gathered for a global expo. The event featured exhibits, food, and dance representing cultures from around the world. The various exhibits and food booths were open from 11:00 a.m. until 2:00 p.m.

The booths and food portion of the expo included 30 exhibitions describing cultures from around the world. The North Star Council sponsored a booth describing cultural diversity issues of Native Americans. Pastor Paul Agamiri from Angalica Fellowship in West Fargo provided story-telling, singing, and dancing with drums.

Round two of the expo was highlighted by music and dance from 7:30 until 9:00 p.m. in the MSU Classroom Building Auditorium. Mayville State’s Multicultural Club president Rochester Mugumbate coordinated this portion of the expo. There were performances by ANAG, Northstar Council, Sons of Norway, and Klutch. These dances entailed student-initiated heritage dances such as salsa, polka, African rhythmic dancing set to contemporary, and much more.