Mayville State alumni Laura Big Crow, Heidi Brunko, and Jennifer Ostapowich will be inducted into the Mayville State University Athletic Hall of Fame at a brunch event planned for Saturday, Jan. 29, 2022. The brunch will be held in the MSU Campus Center Luckasen Room. It begins at 10 a.m. All alumni and friends are invited to attend.

Tickets for the Athletic Hall of Fame Brunch are $20 each and can be purchased at www.mayvillestate.edu/celebrate or by calling 701-788-4864.

The Athletic Hall of Fame brunch is planned as part of a Celebration of Female Athletes scheduled for the weekend of Jan. 28-29. Friday Activities will include double-header men’s and women’s basketball games versus Dickinson State and a social hosted by Mayville State volleyball and softball coaches at the Top Hat in downtown Mayville. Saturday’s activities will begin with the Hall of Fame Brunch. Comets men’s and women’s basketball will host Valley City State at 3 and 5 p.m. All former Mayville State female athletes will be recognized at half time of the men’s game. A social for alumni and friends will follow the women’s game, from 7 to 9 p.m. at the MSU Edson and Margaret Larson Alumni and Leadership Center. 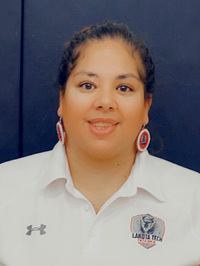 Laura Big Crow, Pine Ridge, S.D., played basketball at Mayville State from 2006 until 2008, after transferring from Williston (N.D.) State College. Laura scored 1,029 points for the Comets during her two-year career at MSU. She was a two-time honorable mention NAIA All-American, as well as a two-time All-DAC player. She grabbed 410 rebounds for the Comets and averaged 18.1 points and 7.2 rebounds per game, helping to guide the Comets to back-to-back winning seasons for the first time in nearly a decade. In her junior year, she played a big part in the Comets’ #8 national ranking. As a senior, Big Crow helped lead the team to the Dakota Athletic Conference championship game. Laura graduated from Mayville State in 2009 earning a bachelor’s degree in elementary education with a coaching minor. 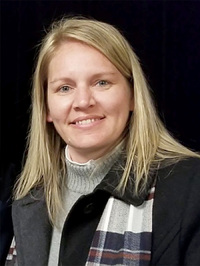 Heidi Brunko, Bloomington, Minn., was a three-sport athlete at Mayville State from 1998 to 2001, playing volleyball (1998-2000), basketball (1999-2001), and softball (1999-2001). She was a DAC-10 all-conference volleyball player who led the team in blocks (106) and kills (264) in 1998. She was team captain and a varsity letter winner in 2000. She also lettered in basketball and softball and was an all-conference honorable mention in softball. Brunko graduated from Mayville State in 2002 earning a degree in elementary education with minors in coaching and early education. 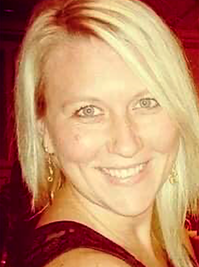 Jennifer Ostapowich, Portage La Prairie, Manitoba, Canada, was starting pitcher and also played first base for the Mayville State fastpitch softball team from 1995 to 1999. By 1997, the Comets had achieved the season-best record in nearly a decade. In 1998, the team was one game shy of making the regionals, and in 1999, the Comets made their first visit to the NDCAC tournament. Jen was named first team all-conference in all four years. She earned All-American Scholar Athlete honors in 1998 and 1999; was the Mayville State Most Valuable Player in 1997, 1998, and 1999; and was team captain for the Comets in 1999. She was named All-Region in 1999. Ostapowich also received the Outstanding Achievement Award for the NDCAC and was the conference most valuable graduating senior in 1999. She earned a bachelor’s degree in physical education with a coaching minor from Mayville State in 1999, while simultaneously earning a minor in French from the University of North Dakota.

Additional information about the Jan. 29 Celebration of Female Athletes at Mayville State is available at www.mayvillestate.edu/celebrate.