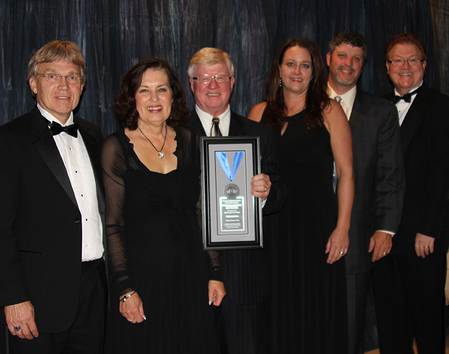 The Honor Society includes those who have made lifetime cumulative gifts amounting to $10,000 or more through the MSU Foundation. Gifts include contributions to all projects at Mayville State, including academic scholarships, facility improvements, and Comet Athletic Club. The annual dinner is held to honor these generous and faithful philanthropists.

“It is an honor for my wife, Debbie, and I to host the MSU Foundation Honor Society president’s dinner each year,” said MSU President Dr. Gary Hagen. “It is our pleasure to have that opportunity to recognize the members of the Honor Society and to thank them for their outstanding support that is so critical to the well-being of Mayville State University.”

The Honor Society is organized into clubs based on various giving levels. The Bronze Club includes 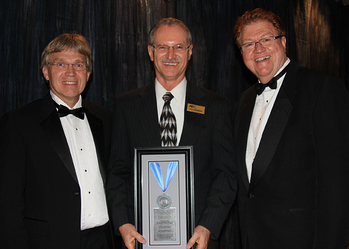 The honor roll currently includes more than 200 benefactors, including individuals, couples, businesses, matching gift programs, and other organizations, who have given a cumulative total of $10,000 or more over the years. This year, several new member joined the Bronze Club. They are Lyle Arneson, Joe and Karen Dunn, the Harold and Mary Newman family, Karl Hella, Andrew and Bea Kjos, Paul and Jean Moen and family, Melanie and Harvey Noteboom, and Brad and Marcia Wehe. Richard and Marilyn Davison, Maxine Garrett, Paul and Rebecca Hilstad, and Lowell and Cynthia Nelson moved into the Silver Club. Joining the Diamond Club this year are Allison and Bud Gentle, Terry Bachmeier, and MayPort Insurance & Realty - Larry and Dixie McGillis and Corey and Tracy McGillis. The Edson and Margaret Larson Foundation was recognized at the Founder Club level. 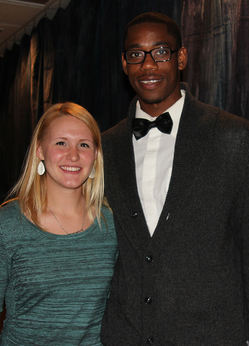 who truly care about Mayville State University and who give of their financial and other resources to support the university,” said MSU Foundation Executive Director John Klocke. “This steadfast support is crucial to Mayville State’s success.”

Top: Larry and Dixie McGillis and Corey and Tracy McGillis of MayPort Insurance and Realty were recognized for moving up to the Diamond Club in the MSU Foundation Honor Society. They were also honored as the MSU Foundation’s outstanding philanthropists this year, in recognition of the major role they are playing in the athletic field turf campaign, in addition to setting up a music endowment and making a major contribution to the Military Honor Garden project. Pictured from left to right are MSU President Dr. Gary Hagen, Dixie McGillis, Larry McGillis, Tracy McGillis, Corey McGillis, and MSU Foundation Executive Director John Klocke.

Center: Mayville State benefactor Terry Bachmeier received kudos for his financial contributions of more than $250,000 to Mayville State University during his lifetime.

Bottom: Mayville State University students and athletes Lisa Hoglo (left) and Chuck Robinson addressed those who attended the Honor Society president’s dinner, letting them know the importance of the support of alumni and friends in their lives and futures. On behalf of all Mayville State students, they expressed their gratitude to the donors.