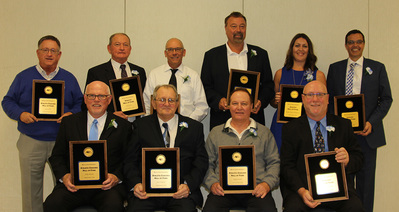 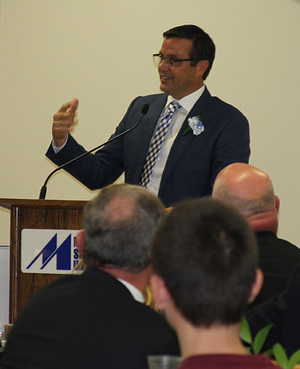 On Saturday, Oct. 8, former Mayville State homecoming queens gathered for a time of reminiscing and fun at the Edson and Margaret Larson Alumni and Leadership Center before joining in the traditional homecoming parade, which made its way through town, beginning at 11 a.m.

The ceremony began with the singing of “The Star Spangled Banner” by Mayville State student Destiny Hicks from Lisbon, N.D., and included remarks from Martin Johnson, Military Honor Garden project co-chair and Mayville State graduate. Johnson announced the establishment of a scholarship for veterans that will be funded by excess resources raised through the Honor Garden project. Project co-chair, Lt. Gen. Emil “Buck” Bedard kicked off the drive to establish a scholarship endowment with his gift of $1,500, one-tenth of the

The program ended on a touching and solemn note, with program emcee, MSU Foundation Executive Director John Klocke, reading the names of each of the individuals who have been honored by loved ones in the Military Honor Garden project. The ringing of a chime by Mayville State student Briar Bahnmiller, Grandin, N.D., followed each name. Lindsey Shimpa, Mayville State student from Grand Forks,, N.D. ended the program by playing “Taps” from the 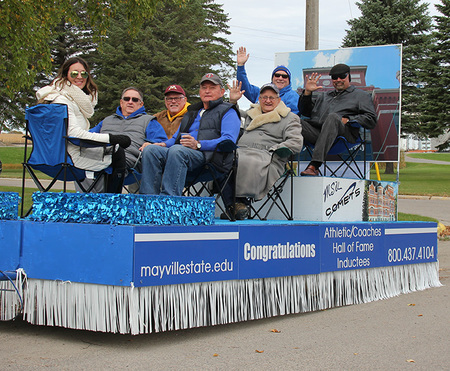 The Mayville State alumni association hosted a chili feed inside the Larson Center following the program.

Homecoming 2016 culminated with a social to honor the Performing Arts Hall of Fame inductees. Hosted by the Alumni Association board, the social was held immediately following the concert in the MSU Campus Center Luckasen Room.

“Homecoming 2016 was a very special time,” said MSU Director of Alumni Affairs Beth Swenson. “It was a heart-warming celebration of what makes Mayville State University special - the people. It 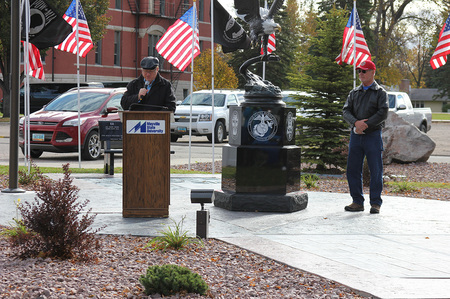 was our privilege pay tribute to so many wonderful Mayville State alumni and friends throughout Mayville State’s homecoming festivities.”

Top: These individuals were inducted into the Athletic Hall of Fame and Athletic Coaches Hall of Fame during the Oct. 7 banquet. Pictured in the back from left to right are Gary Gillis, Herb Hasz, Rick Anderson, Rick Metcalf, Andee (Burris) Thompson, and Tim Miles. In the front (l-r) are Mike Belseth, Chad Omdahl, Ryam Brantl, and Randy Capouch.

Second: The very animated Tim Miles, who was inducted into the Mayville State University Athletic Hall of Fame as a former Mayville State University coach, kept the dinner crowd entertained during his acceptance remarks. Miles, who is currently head men’s basketball coach at the University of Nebraska (Big Ten Conference), coached two men’s basketball teams at Mayville State, in 1995-96 and 1996-97. Both teams were also inducted into the Athletic Hall of Fame during the 2016 homecoming festivities. Miles is the only active coach who has taken teams to the postseason at the Division I, 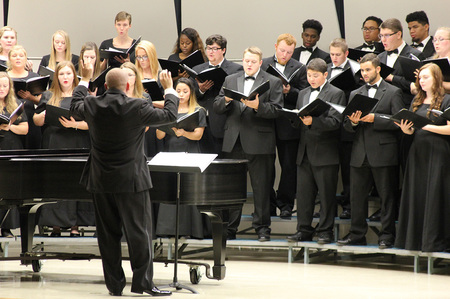 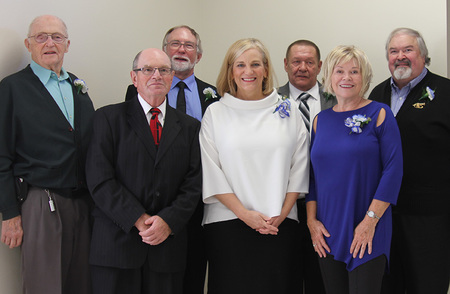