Ag Commissioner Goehring to be at Mayville State, public invited 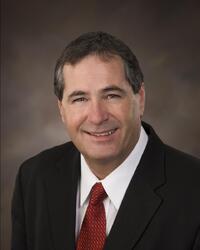 North Dakota Agriculture Commissioner Doug Goehring will be at Mayville State University as part of Agribusiness Activity and Research Day on Tuesday, Nov. 9. The public is invited to enjoy a complimentary lunch and hear remarks from Commissioner Goehring beginning at 12:00 p.m. in the MSU Campus Center Luckasen Room. Those who wish to attend should RSVP at 701-788- 4713 or brittany.young@mayvillestate.edu on or before Friday, Nov. 5. Lunch is being sponsored by SRS Commodities of Mayville.

A third-generation farmer, Doug Goehring has been North Dakota Agriculture Commissioner since 2009. He and his son operate a 2,600-acre, no-till farm near Menoken in south central North Dakota. He is the past president of the National Association of State Departments of Agriculture (NASDA), a nonpartisan, nonprofit association which represents the elected and appointed commissioners, secretaries, and directors of the departments of agriculture in all 50 states and four U.S. territories. He is also past president of the Food Export Association of the Midwest, a non-profit organization composed of 13 Midwestern state agricultural promotion agencies that use federal, state, and industry resources to help U.S. suppliers increase product sales overseas.

Commissioner Goehring is past president of the Midwestern Association of State Departments of Agriculture. He is a former director of the United Soybean Board where he served as chairman of the sustainability committee, domestic research committee, industrial uses and international marketing committee. He was a former director of the North Dakota Soybean Council, a former secretary/treasurer of the North Dakota Grain Growers Association, and a member of USDA’s Area 4 Research Farm Steering Committee.